Something of a diversion from my usual fare , but an opportunity for me to be self indulgent and enjoy a beautifully produced book by a rogue publisher, Auguste Brancart , who published English pornography such as “My Secret Life”, working with Edward Avery, and also produced English translations of French erotica, despite being prosecuted in 1828 this title appears to have been openly published in 1883, however Brancart was never far from trouble.He was already under investigation by the police in 1885, 1886 and 1888 and moved to Antwerp in 1894.

This book is a small work of art , from the quality of the paper- Bel exemplaire tiré sur grand papier vergé (non-justifié) avec 3 belles eaux-fortes, to the engravings, as well as a small selection of printers devices and engraved capital letters.

Most early editions of this title appear to have been clandestine publications, and later versions tend to lack the third part in which our heroine (victim) is pursued by a flagellant, rather wonderfully depicted in the engraving below.

The only real way to enjoy such a book is to hold it in your hands, it has real substance, however given that the majority of my audience appear to be mute voyeurs, I post for your viewing pleasure, the rather innocent imagery of this wonderful volume. 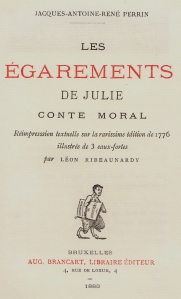 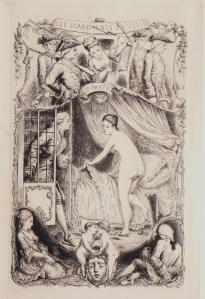 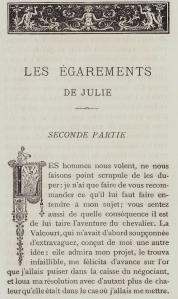 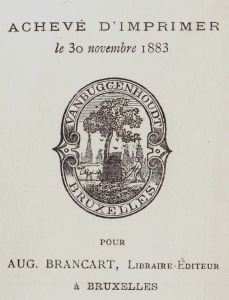 Any questions please leave a comment or complete a contact form. This title is available for trade against my Paris Olympia Press wants.