At the risk of setting myself up as an expert, which I most certainly am not, I want to put some context around what to me has been and still is an absolutely fascinating area in the history of publishing. I make the distinction between clandestine publications which most heavy end erotica was for centuries, as it was the pornography of its time, and has only become erotica with the passage of time, offering a thinly veiled respectability to those interested in its content. The risk associated with the publication of such material was enormous in from the 18th century through to  the late 20th century and arguably not entirely risk free today,

Defiant literature as I have called it, is a later phenomena where publishers such as Girodias at The Olympia Press, and to a lesser degree his Father Jack Kahane, founder of the Obelisk Press, and their French counterpart Eric Losfeld a contemporary and friend of Girodias, published material with their name attached and the address of their business and said “here I am come and get me”, and come they did. Although Losfeld published a large number of clandestine titles, and I suspect, but cannot prove that Kahane put out a small number, to the best of my knowledge Girodias published all of his titles openly but not without subterfuge. 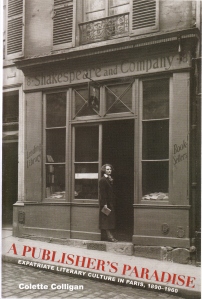 Early clandestine publishing has a complex and by design, difficult to follow history, although if you attempt to read any of this material, as with modern pornography, once the peak of erotic interest has been reached it becomes unreadable, however many early clandestine books had another purpose, many were anti religious tracts or slanders against the state or crown, where even if not actually naming an individual, to those who could read in those times (not that many) the central characters carrying out the acts of debauchery were clearly identifiable. Understandably the target of such ridicule, who were powerful individuals were intent on exacting revenge, should the opportunity allow, and punishments for those caught were extreme, I can’t imagine being imprisoned has ever been much fun, but the thought of an 18th century prison, defies comprehension for the modern mind

Punishment for publishers of such books in the 18th and 19th centuries,if they ever got out of prison, could range from having all of their books seized and destroyed, to having the right to print anything removed, as in many countries the activity had been licensed, in recognition of the pen being mightier than the sword. Banishment was not an uncommon punishment, this might just be from a City and its environs, an area of a country, and if you were not a citizen the country itself. A frightening prospect  for most, and in many cases the end of their career and livelihood, others however shrugged their shoulders and moved on and became publishing nomads shifting around Europe in search of more liberal attitudes to their activities, but never really safe from the long reach of their historical subjects of ridicule. 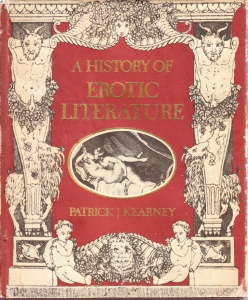 As a result of the risks, many devious strategies developed to avoid detection, this ranges from having your books printed in another country, a common practice, to concealing the identity of the publisher behind a mesh of misinformation on the title page of the books, with comically constructed fake details of location , name and date, a practice that continued up until the 1960’s, for many of these books there is still no certainty who produced them or even where they were produced.

As for the Defiant publications, these were much more  clearly a battle against state interference in controlling what could or could not be read by you or I, Kahane, Girodias and Losfeld all believed in their right to publish, and your right to decide whether or not to read, they saw state censorship as an invasion of the rights of the individual and produced amongst the smut and the porn, or whatever you prefer to call it, some of the finest avant-garde literature produced in the last century, as well as historical works never before available in English, I defy anyone to name any other publisher with a list as impressive as Girodias. 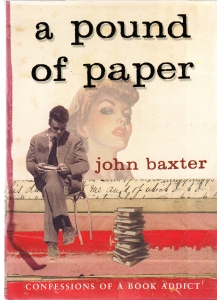 A Pound of Paper Doubleday 2002

Within this post and fairly randomly are examples of books you really should read if you are genuinely interested in this area of publishing, there are many many more titles but you can find your own way, and within each of these are references to other books which you can pursue at your leisure, the selection above provides a nice mix of old and new.

Anyone requiring any more suggestions or wishing to make any please leave a comment or complete a contact form.

One thought on “Clandestine Erotica: Some thoughts on Clandestine/Defiant Literature and the battle against Censorship”